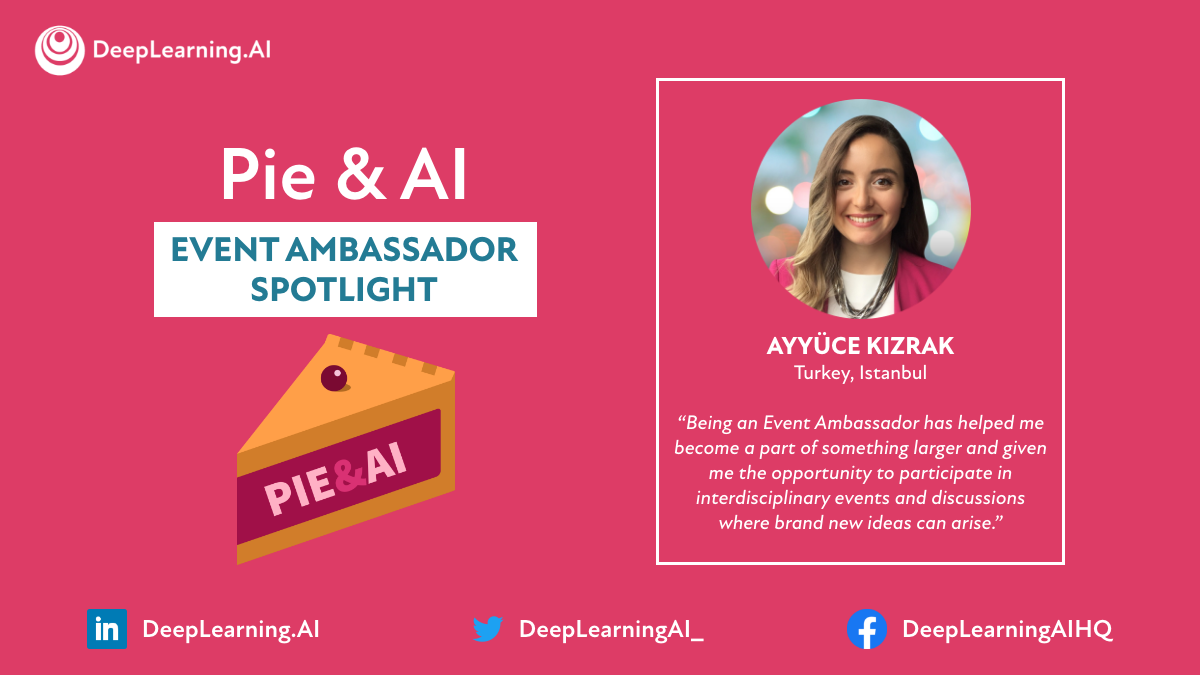 An electronics and communications engineer, Ayyüce Kızrak has been in machine learning since 2008 and a deep learning instructor in Turkey since 2012. Currently, she’s an AI researcher at The Digital Transformation Office (The Presidency of The Republic of Turkey) and in the Department of AI Engineering at Bahçeşehir University and a Ph. D. candidate at Yildiz Technical University. Ayyüce believes that it’s her social responsibility to use AI for environmental good.

How did you become a part of the DeepLearning.AI community?

It started with a hoodie. Well, it started with a tweet. I replied to a Twitter contest by DeepLearning.AI and won a hoodie. That was it. I quickly joined the team and have since gone on to host many events in Turkey and do my part in making AI more accessible.

What has the experience of being an Event Ambassador experience been like for you?

The tagline of the very first Pie & AI that I hosted was – Artificial Intelligence for Everyone. Created with Bahçeşehir University, this event gave me the opportunity to connect and work with people from across the world who believe in the same principles as I do. Later, at one of our events, we had the unforgettable experience of having a live Q&A session with Andrew Ng. Even during the pandemic, we’ve been able to partner with Bahçeşehir University and the Istanbul Bar Association to host a virtual YouTube event to discuss the role of law in the age of AI and the many applications of AI.  Being an Event Ambassador has helped me become a part of something larger and given me the opportunity to participate in interdisciplinary events and discussions where brand new ideas can arise. 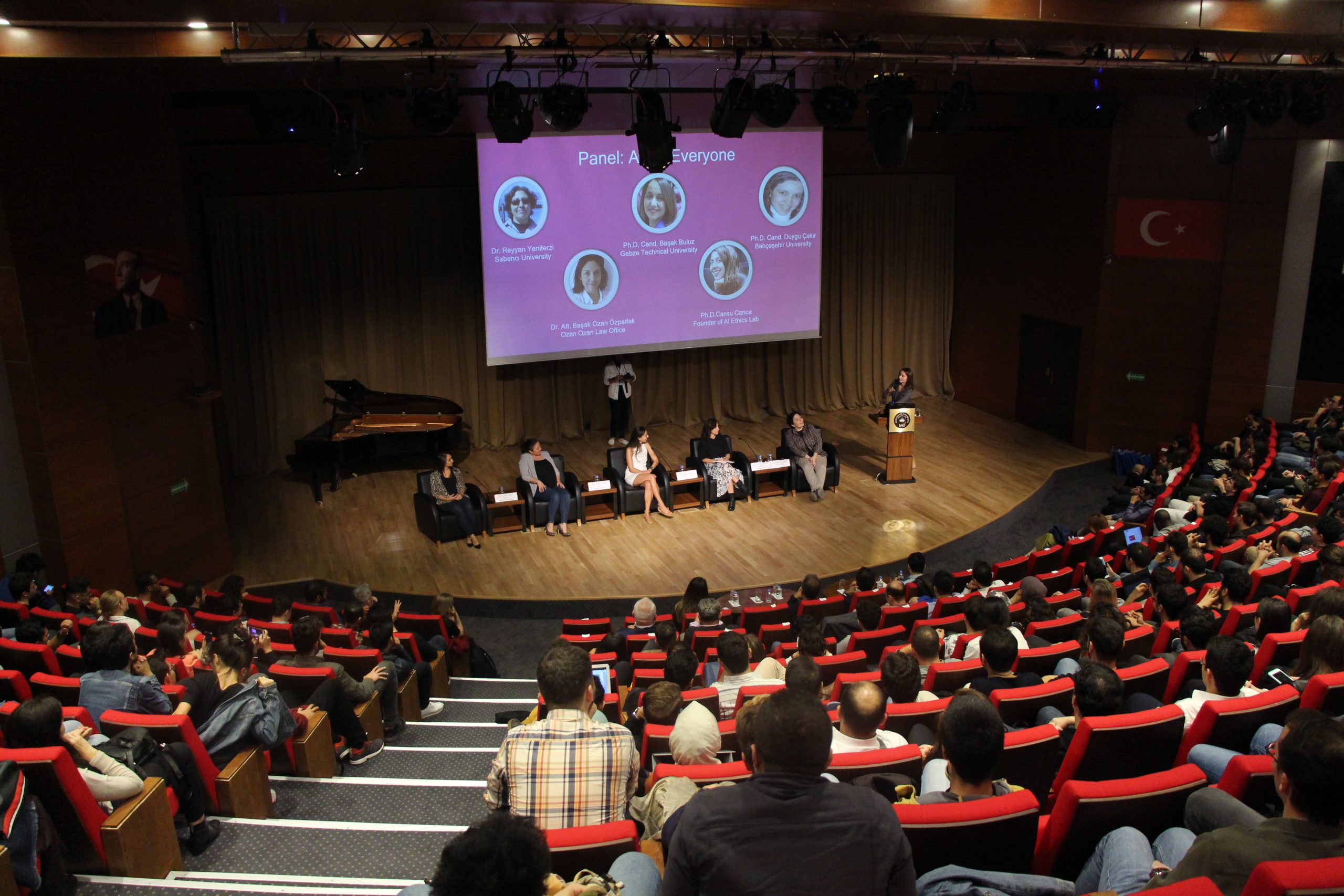